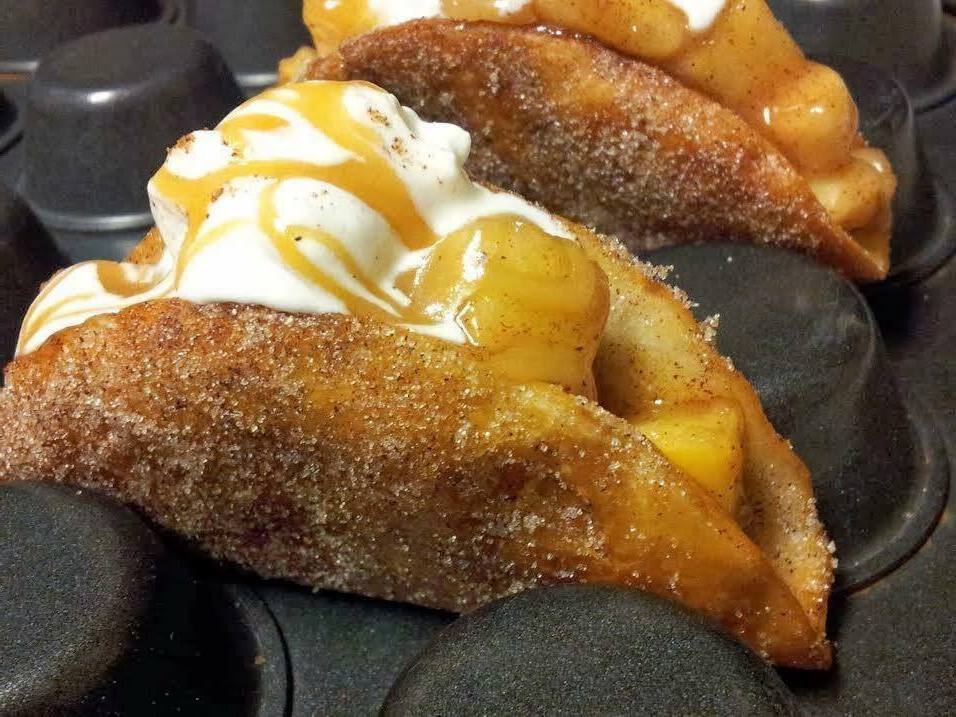 Ingredients
4 Apples peeled & sliced
1/2 C Sugar
2 tsp Cinnamon
1/2 tsp Nutmeg
1/2 C Water
Tortilla’s (flour) 6″ size
Oil (for frying tortillas)
1/2 c sugar-cinnamon mixture
Whipped cream
Directions
Place apples, sugar, cinnamon, nutmeg, and water in a sauce pan.
Stir until well blended and cover and cook on medium stirring frequently For 10 minutes or until apples are semi soft. If needed, thicken sauce using 1 Tbl of cornstarch to 3-4 Tbl of water.
Mix into sauce and stir until thickened. Heat oil on medium heat in a skillet and holding the tortilla folded in half, place the bottom on tortilla in the oil for a few seconds.
Then lay it on one side until browned and then place other side down until browned. Remove from oil and Sprinkle browned tortilla with sugar-cinnamon mixture. Fill taco shells with apple pie filling and top with whipped cream, and sprinkle a little more of sugar-cinnamon mixture on top.
Let it “set” on an upside down muffin tin.