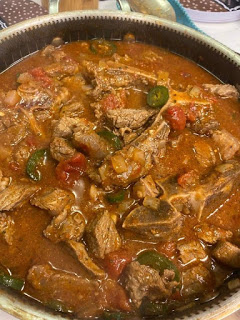 1. The grapefruit was actually an accident. It was developed by chance from a cross between pomelos and oranges.
2. After John Pemberton was wounded in the American Civil War, he became addicted to morphine. In order to free himself from the drug, he developed his own painkiller, which he made from cocaine and alcohol. In 1886 he designed a non-alcoholic variant that was later sold under the name “Coca-Cola”.
3. In 1970, roughly six billion dollars were spent on fast food. Nowadays, it is about 200 billion dollars.
4. In 2016, Pizza Hut delivered a pizza to the top of Kilimanjaro, setting the world record for the highest pizza delivery ever.
5. In order for ketchup to pass the quality control of the manufacturing company Heinz, it must run out of the bottle at a speed of 0.28 miles per hour. If the ketchup runs out of the bottle faster or slower, its viscosity (thickness) is not correct and it is therefore not sold.
6. Most airlines have a policy that the pilot and co-pilot of an aircraft are not allowed to eat the same meal in order to avoid the risk of both pilots suffering from food poisoning.
7. Chia seeds contain five times more calcium than milk and twice as much iron as spinach.
8. In order to die of a caffeine overdose, a person would have to consume about 100 cups of coffee in a very short time.
9. Due to reduced air pressure, water on Mount Everest boils at 158 degrees Fahrenheit.
10. In Cambodia you can buy pizzas with marijuana as a topping. It is called Happy Pizza.

Brown up your meat with the onions and garlic making sure not to burn it.
Once your meat is nice and brown add the tomatoes and sauté 5 minutes add water and beef bouillon.
Bring to a boil then simmer until fork tender and done..